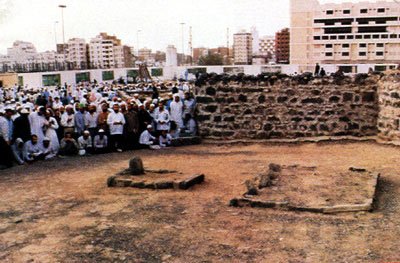 He spent his life in worship and acts of piety for the sake of Allah. He rejected all positions of fame in favor of `uzla or isolation from the lower world. One of his contemporaries, `Umar ibn Abi-l-Muqdam(رحمتہ اللہ علیہ), said, “When I look at Ja`far bin Muhammad(رحمتہ اللہ علیہ) I see the lineage and the secret of the Prophet Muhammad (صلى الله عليه وسلم), united in him.”

He was very handsome and had a radiant appearance. He had the perfect height, and was tan in complexion. He encompassed the exemplary qualities his forefathers. Haafiz Abu Nuaim Isfahani narrates in Khalifatul Abraar on the authority of Umar bin Midqaam, “When I used to look at Hadrat Imam Jaafar Saadiq Radi Allahu Ta’ala Anhu then I used to immediately feel that he was from amongst the descendants of the Prophets”

He was without doubt the true successor to the Muslim empire and one of the greatest Imams of his era. Imam Jaafar Saadiq Radi Allahu Ta’ala Anhu was a great Aabid and Sufi. Many secrets of Tasawwuf were explained by him. It is in Tabqaatul Abraar, that he received the authority of Hadith from his blessed father, from Imam Zuhri and Naaf’i and ibn Munkadir etc. and Sufyaan Sawri, Ibn Ainiyyah, Shu’ba, Yahya Al Qataan, Imam Maalik and his son Imam Moosa Kaazim (ridwaanullahi ta aala alaihim ajmaeen) attained this authority of Hadith from him. Allama Ibn Hajar Makki Radi Allahu Ta’ala Anhu writes in Sawaa’iq Muhariqa . “The exalted Imams such as Yahya Bin Saeed, Ibn Jareeh, Imam Maalik ibn Anas, Imam Sufyaan Sawri, Sufyan bin Ainiyyah, Imam Abu Hanifa and Abu Ayoob Sajistani (ridwaanullahi ta aala alaihim ajmaeen) took Hadith from him.” [Masaalik as-Saalikeen]

He was a very exalted and pious personality. His inner and outer appearance exuded brightness and radiance. He addressed the poor and the downtrodden with great love. Once he called all his servants and said, “Let us give our hands in the hands of one another and promise that whichever one of us first receives salvation on the day of Qiyaamah, he will intercede for the rest of us.” On hearing this, they said, “O Ibn Rasool SallAllahu Alaihi wa Sallam! For what reason do you need our intercession, when your beloved forefather Rasoolullah SallAllahu Alaihi wa Sallam will intercede for the entire creation?”.

He was well known for his ibaadat, and his striving in the Court of Allah. Hadrat Imam Malik Radi Allahu Ta’ala Anhu says, “I spent a very long time serving him, and I always found him in one of three Ibaadats. Either he was in namaaz, or engrossed in recitation of the Quran, or he would be fasting.” He never narrated any Hadith Shareef without wudhu. [Tazkirat al-Awliyah]

He was without doubt a faithful servant of Allah, and he always attained everything that he asked for from the Court of Allah. Abul Qasim Tabri narrates from Wahab, that he heard Laith bin Sa’ad Radi Allahu Ta’ala Anhu saying, “I was on my way to Hajj by foot in 113 Hijri and I reached Makkah Muazammah. I reached Jabl Abu Qais close to the time of Asr Salaah. There, I saw a pious man sitting (in seclusion), making dua. He was saying ‘Ya Rabbi Ya Rabbi’ so many times, that breathing became difficult. Then in the same way, he said ‘Ya Hayy Ya Hayy’ then ‘Ya Rab’bahu Ya Rab’bahu, then in the same say, he said ‘Ya Allah Ya Allah’ in one breath continuously. He then said ‘Ya Rahmaanu Ya Rahmaanu, Ya Raheemu Ya Raheemu’ and then he went on to say ‘Ya Arhamar Raahimeen’. He then said, “O Allah I desire to eat grapes. Please bless me with some, and my clothes have become old and tattered Please give me new ones.” 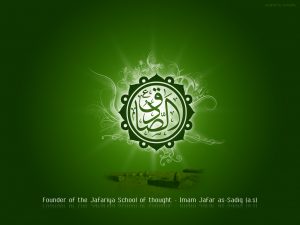 Hadrat Laith says, “By Allah, he was still competing his dua, when I saw a basket of grapes kept before him, whereas it was not event the grape season and I did not see an grapes near him before his dua. I also saw that there were two pieces of cloth kept near the grapes. I have never seen such beautiful material before. He then sat down to eat the grapes. I went up to him and said, Huzoor! May I also have a part in this?, and he asked how this was so, so I said, I was saying Aameen as you made the dua. He said, ‘Well then, step forward and join me.’ I also began to partake in the grapes. They were so tasty, that never have I eaten such delicious grapes. I ate until I was satisfied, but the basket still remained as it was before, full of grapes. He then offered on piece of cloth to me, and I said that I had no need for it, so he tied one around his waist, and he draped the other over his shoulder. He then descended from the mountain and I followed him. As he drew close to Saffa and Marwa, a beggar called out to him and said, ‘O Descendant of the Prophet SallAllahu Alaihi wa Sallam! Give these clothes to me and Allah will dress you in the clothes of Jannat.” He immediately gave the two pieces of cloth to the beggar. (On seeing this), I enquired about the identity of this pious man from the beggar, who informed me that he was Hadrat Jaafar Saadiq Radi Allahu Ta’ala Anhu. I then looked for him so that I may listen to some words of wisdom from him and attain his blessings, but he had disappeared from my sight.” [Tazkirat al-Awliyah, Page 12]

Once, some people saw that Hadrat Jaafar Radi Allahu Ta’ala Anhu was wearing a very expensive robe. One of them walked up to him and said, “Huzoor! It is not good for the Ahle Bait to wear such expensive clothing.” He caught hold of the man’s hand and thrust it into his sleeves. The man was amazed when he found that a Hadrat was wearing clothes make from sacks under his robe. Hadrat Jaafar Radi Allahu Ta’ala Anhu then said, “The one inside is for my Creator and the one on top is for the creation.”

DEBATE WITH AN ATHEIST:

Hadrat Jaafar Radi Allahu Ta’ala Anhu spent a lot of his time spreading the word of Allah and His Rasool SallAllahu Alaihi wa Sallam. He always spoke against those who did not believe in Allah. An atheist from Egypt came to Hadrat Jaafar Saadiq Radi Allahu Ta’ala Anhu whilst he was in Makkah. Hadrat Jaafar Saadiq Radi Allahu Ta’ala Anhu asked his name and he said that his name was Abdul Malik and he was also known as Abdullah. On hearing this Hadrat said, “Malik, whose servant you are, is he from the Kingdom of the Skies or the Kingdom of the earth, the Lord that is the Lord of your son, is he the Lord of the skies or the Lord of the Earths?” The atheist could not answer this question. Hadrat then said, “Did you ever journey under the earth? Do you know what is beyond it?” He replied in the negative and said, “I think there is nothing beyond it.” Hadrat then said to him, “Thinking is not sufficient! However, have you ever flown into the skies and journeyed beyond the skies?” Again he replied in the negative. Hadrat said, “Did you ever travel the entire East and West and did you realise anything about the future from this?” Again he answered in the negative. Hadrat said, “I am amazed, that you are not aware of the earth and what is beneath it, and the sky and what is beyond it, and in this state of ignorance, you still have the arrogance to reject the existence of Allah. O Ignorant man! There is no argument for one who is naive about that which is a reality. The sun, the moon, the night and day, are all in a specific pattern. Verily they are within some divine control. If they were free, then they would move as they willed and would sometimes go to an appointed spot and not return. Why is it that the night does not take the place of day and the day does not take the place of night? Do you not ponder upon the reality of the skies and the earth? Why does the sky not come to the earth and why is it that the earth is not flattened by the sky? There is definitely ONE, who has all this in His Divine Control. It is He (Allah) who is All Powerful. It is He, who is our and their Lord.” When the atheist heard this, he immediately accepted Islam and had faith in the existence of Allah.

Hazrat Imam Ja`far as-Sadiq (رحمتہ اللہ علیہ) was famed for his depth and breadth of knowldege. In addition to his knowledge of Islamic sciences, Hazrat Imam Ja`far as-Sadiq (رحمتہ اللہ علیہ) was well educated in natural sciences, mathematics, philosophy , astronomy , anatomy , chemistry (alchemy), and other subjects. The foremost Islamic alchemist Jabir bin Hayyan (known in Europe as Geber) was his most prominent student. Imam Jafar was known for his liberal views on learning, and was keen to debate with scholars of different faiths and of different beliefs. Imam Abu Hanifa is quoted by many souces as having said “My knowledge extends to only two years. The two I spent with Imam Jafar Sadiq”. Imam Jafar also attained a surpassing knowledge in astronomy and in the science of medicine. It is said that he wrote more than five hundred books on health care which were compiled and annotated by another great scholar and scientist of Islam, Jabir bin Hayyan.

Hadrat Imam Jaafar Saadiq Radi Allahu Ta’ala Anhu is an example for Muslims in every way. His greatest Karaamat was his firmness on the Shariat. His every step was in accordance with the Sunnat of the Prophet SallAllahu Alaihi wa Sallam. A few of his Karaamats are being quoted below.

A MANSION IN JANNAH:

Once, he was on his way to Hajj, when he stopped to rest under a date tree which was completely dried out. At the time of Chasht, he asked the tree to present him with some dates. Immediately, the tree became green and lush and full of dates. Hadrat Imam Jaafar Radi Allahu Ta’ala Anhu then ate from it. A villager was passing by and saw this. He saw this great karaamat and said that it was magic. Hadrat Imam Jaafar Radi Allahu Ta’ala Anhu said, “This is not magic. Almighty Allah has blessed me with such a quality, that he accepts all my duas. If I make dua, even you can be transformed into a dog.” Hadrat had not yet completed what he was saying, when the villager began to resemble a dog. He quickly repented and asked Hadrat Imam Jaafar Radi Allahu Ta’ala Anhu to forgive him. Hadrat made dua for him, and he was transformed to his normal self. [Masaalik as-Saalikeen, Vol.1, Page 223]

When he heard these words, his body began to tremble and he allowed the Imam to leave with respect. When the Imam left, the minister asked about the sudden change in plan and Mansoor said, “When Imam Jaafar Radi Allahu Ta’ala Anhu entered my court, I saw a huge python with him. The python had its one lip over my throne and one under my throne, and it spoke to me and said that if I tried to ever harm the Imam, then he would consume me with my throne, and that is why I behaved in the manner which I did.”

HIS WORDS OF WISDOM: