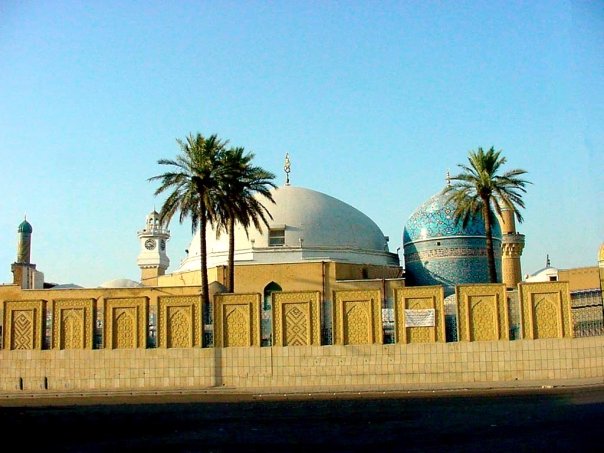 Sheikh Abdul Qadir Jelani ‎رضي الله عنه was a noted Hanbali preacher, Sufi sheikh and the eponymous founder of the Qadiri Sufi order (selsela). He was born in Ramadan AH 470 (about AD 1077) in the Persian province of Gilan (Iran) south of the Caspian sea. His contribution and renown in the sciences of Sufism and Sharia was so immense that he became known as the spiritual pole of his time, al-Gauth al Azam (the “Supreme Helper” or the “Mightiest Succor”). His writings were similar to those of al-Ghazali in that they dealt with both the fundamentals of Islam and the mystical experience of Sufism.

Abdul Qadir Jilani ‎رضي الله عنه was a Sufi master and Syed (descendant of the Prophet Muhammad) from both his father and mother. His father Abu Saleh Jangidost‎ رحمتہ اللہ علیہ, was an illustrious and God-fearing man. Once while engrossed in meditation by the bank of a river he saw an apple floating down the river. He picked it up and ate it. It struck to him that he ate the apple without paying for it so he set out in search of the owner, on the bank of the river and at last reached the owner of the apple orchard “Abdullah Somai‎ رحمتہ اللہ علیہ” whom he requested to tell him the price of the apple, Abdullah Somai ‎رضي الله عنه replied that it was an expensive thing. Syed Abu Saleh‎ رحمتہ اللہ علیہ replied that he had not much by way of worldly material but he, could serve him for compensation. Abdullah Somai‎ رحمتہ اللہ علیہ then asked him to work for a year in the orchard. In course of time the duration was extended several times.

Abdul Qadir Jilani’s ‎رضي الله عنه father died soon after and the young orphan was reared up by his mother and his grandfather, Abdullah Somai‎ رحمتہ اللہ علیہ.

At the age of 18 he went to Baghdad on AH 488 (1095 AD), where he pursued the study of Hanbalite law under several teachers. His mother sewed 40 gold coins in his quilt so that he might spend them when needed. The dacoits struck the caravan on the way, and looted all the travelers of their belongings. They asked him what he had. He replied that he had 40 gold coins. The dacoits took his reply for a joke and took him to their chief, who asked him the same question and he again replied that he had 40 gold coins. He demanded him to show, upon whom he tore away, the quilt and produced the gold coins. He was surprised and asked him why he had given the hidden gold coins when he could have kept them hidden. Young Abdul Qadir Jilani ‎رضي الله عنه replied that he was travelling to Baghdad to receive education and his mother had instructed him to speak the truth. This left a deep effect on the chief of the dacoits and he gave up looting.

In Sufism, his spiritual instructor was Shaikh Abu’l-Khair Hammad‎ رحمتہ اللہ علیہ. From him, he received his basic training, and with his help he set out on the spiritual journey. Abu Shuja‎ رحمتہ اللہ علیہ’ was also a disciple of Shaikh Hammad‎ رحمتہ اللہ علیہ, once he said: “Shaikh Abdul Qadir was in the company of Shaikh Hammad, so he came and sat in front of him, observing the best of good manners, until he stood up and took his leave. I heard Shaikh Hammad say, as soon as Shaikh Abdul Qadir had left: ‘This non-Arab has a foot that will be raised, when the proper time comes, and placed upon the necks of the saints of that time. He will surely be commanded to say: This foot of mine is upon the neck of every saint of Allah. He will surely say it, and the necks of all the saints of his age will surely be bent at his disposal.”

Hazrat Junayd Baghdadi‎ رحمتہ اللہ علیہ (died AD 910), who died about 167 years before the birth of Shaikh Abdul Qadir Jilani ‎رضي الله عنه, predicted about him on one occasion, when he was performing meditation & during that he said: “His foot will be over all Saints’ necks.” After finishing meditation, his disciples asked him about his words, he replied: “One Sufi would be born in the future, who would be greater than all saints.” Thus, Shaikh Hammad‎ رحمتہ اللہ علیہ proved the words of Hazrat Junayd‎ رحمتہ اللہ علیہ as right. The historians says that, later Shaikh Abdul Qadir Jilani ‎رضي الله عنه also repeated the same words on many occasion by himself.

After completion of education, Hazrat Abdul Qadir Jilani ‎رضي الله عنه abandoned the city of Baghdad, and spent twenty-five years as a wanderer in the desert regions of Iraq as a recluse. He was over fifty years old by the time he returned to Baghdad, in AH 521 (AD 1127), and began to preach in public. His hearers were profoundly affected by the style and content of his lectures, and his reputation grew and spread through all sections of society. Not only Muslims, but also Jews and Christians, not only caliphs and viziers but also farmers, merchants and traders allegedly altered their lives in response to Abdul Qadir jilani’s ‎رضي الله عنه perorations. He moved into the school belonging to his old teacher al-Mukharrimii‎ رحمتہ اللہ علیہ, there he engaged himself in teaching. Soon he became popular with his pupils. In the morning he taught hadith and tafseer, and in the afternoon held discourse on mysticism and the virtues of the Qur’an. The number of students increased so much that the seminary could no more contain them. He, therefore, decided to extend the premises of the seminary. The students and the people willingly came forward with their wholehearted contributions. The campus buildings were ready in AH 528 and thereafter it came to be known as Madarsai-e-Qadriya.

Hazrat Abdul Qadir Jilani ‎رضي الله عنه was a Non-Arab (ajami), so he wasn’t fluent in Arabic and was having some difficulties because of it. Once The Prophet Muhammad ‎صلى الله عليه و سلم came to him in a dream, before the time of the midday prayer (Zuhr), and he said to him: “O my dear son, why do you not speak out?” He replied: “O dear father, I am a Non-Arab man. How can I speak fluently in the classical Arabic language of Baghdad?” Holy Prophet said: “Just open your mouth!” He opened his mouth, and The Holy Prophet put his saliva seven times in his mouth. A few moments later, Hazrat Ali ibn Abi Talib ‎رضي الله عنه also came & did the same to him six times. And from that time, Hazrat Abdul Qadir Jilani ‎رضي الله عنه spoke classical Arabic language with fluency, his memory increased and he felt some great positive spiritual changes in him.

Once some one asked Shaikh Abdul Qadir Jilani ‎رضي الله عنه about Mansur Al-Hallaj‎ رحمتہ اللہ علیہ, he replied: “His claim extended too far, so the scissors of the Sacred Law (Shari’a) were empowered to clip it.”
He busied himself for forty years in the service of the Islam from AH 521 to 561. During this period hundreds embraced Islam because of him and organized several teams to go abroad for the purpose. He arrived in Indian sub-continent in AD 1128, and stayed at Multan (Pakistan). He died in AH 561 (AD 1166) at the age of 91 years, and was buried in Baghdad.

The King of Jinns:

Bushair bin Mahfooz‎ رحمتہ اللہ علیہ states that once my daughter, Fatima, all of a sudden vanished from the roof of my house. I got worried and want to the blessed presence of Sayyed-e-na Ghouse-e-Pak ‎رضي الله عنه and requested for help. He told me to go to Karkh, and during the night sit in a deserted place forming a fort (Hisar) around myself. Over there think about them and say:” Bismillah” During the darkness of night groups of Jinns will pass by you, their faces will be very strange, do not get scared by looking at them, at the time of sahari the KING OF JINNS will come to you and will ask you about your requirement. Tell him, “Sheikh Abdul Qadir Jilani has sent me from Baghdad (my requirement is that) you search my daughter.”

Hence, I went to the ruins of ‘Karkh’ and followed the instructions of Huzoor Ghous-e-Azam ‎رضي الله عنه. During the silence of night, horrifying Jinns kept on passing outside my hisar. The faces of the Jinns were so horrifying that I could not look at them. At the time of sahari, the KING OF JINNS came on a horse back, there were Jinns surrounding him. He asked my demand from outside the hisar. I told him that Huzoor Ghous-e-Azam ‎رضي الله عنه has sent me to you. As soon as he heard this, he got down the horse and sat on the ground. The other Jinns too sat outside the hisar.

I narrated the incident of the disappearance of my daughter. He announced amongst all the Jinns, “Who has taken the girl?” Within moments the Jinns caught a Chinese Jinn and presented him as the culprit. The King of the Jinns asked him why did you pick the girl up from the city of the Highest Cadre in Spiritual Pivot (Qutub) of the time? He said, while shivering, Your Highness! After looking at her I fell in love with her. The King ordered the Chinese Jinn to be beheaded and returned my wonderful daughter to me. I thanked the King of the Jinns and said, as Allah will! You are an ardent lover of Sayyed-e-na Ghouse-e-Pak ‎رضي الله عنه. He then replied, “I SWEAR UPON ALLAH WHEN HUZOOR GHOUS-E-PAK ‎رضي الله عنه LOOKS TOWARDS US, ALL THE JINNS START TREMBLING. WHEN ALL NOMINATES AS QUTUB OF TIME THEN ALL THE JINNS AND HUMANS ARE ORDERED TO FOLLOW HIM.” (Bahjaa-tul-Asraar)

All the Jinns start trembling (with fear) on hearing your name. Your Have that majestic awe ‘O, Ghous-e-Azam Dastgir.